The research is aimed to determine the contribution of Information Technology (IT) students’ attitude and level of familiarity in using English loanwords in bahasa Indonesia toward their English vocabulary mastery. The type of research was a correlational study of contribution. The research population was the fifth-semester students of IT in the academic year 2018/2019 at IAIN Bukittinggi with the total number of population was 180 students. The sample selection was done by using cluster random sampling technique with the total of the sample was 45 students from 6 parallel classes. The research data were obtained from attitude questionnaires, familiarity level questionnaires, and English vocabulary test. These instruments were analyzed statistically by using simple and multiple regression with a significance level was 0.05. Based on the data analysis, it was obtained the equation of Y = 4.192+0.227X1 + 0.5X2 that was indicated a positive contribution of students’ attitude and familiarity degree on English loanwords toward their English vocabulary mastery. Due to the value of F change (0.00) was lower than a =0.05, means that the variables of X1 and X2 contributed significantly toward the variable of Y (the students’ English vocabulary mastery). Then, the coefficient of determination R2 was 0.468 indicated variables X1 and X2 gave contribution simultaneously as much as 46.8% toward variable Y, while as much as 63.2 % was affected by other factors. So, the existence of English loanwords in Bahasa Indonesia gives a potential opportunity to make English is easy to be learned. Because both between loanwords and English vocabularies have similarities in form and meaning. So, in order to give a meaningful, positive attitude and familiarity degree of loanwords must be developed.

Nation. I. S. P. (2005). The Role of The First Language in Foreign Language Learning. http://www.asian-efl-journal.com. 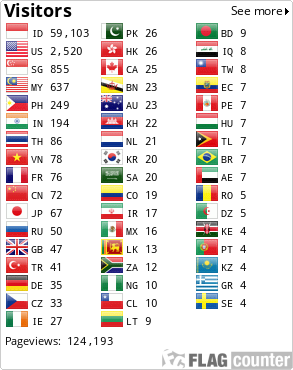